Voice of Opposition to the Vietnam War

Jim Cairns was dedicated to contesting Cold War verities, so it was not surprising that he was in the vanguard of dissent in regard to Australia’s participation in the Vietnam War. From extensive reading, he concluded that it was fundamentally a national revolutionary conflict and that Australia’s intervention situated it on the wrong side of history. An early milestone in that opposition was his prescient questioning of the Johnson administration’s account of the Gulf of Tonkin incident of August 1964 that became a catalyst for America’s escalating military engagement in Vietnam. This placed him out on a limb in the Labor Party at a time when many of his colleagues either tacitly accepted Western intervention in the war or hedged their criticisms. Labor’s shift of policy did not come until the Menzies government announced that it was sending combat troops to South Vietnam in April 1965. Even then Cairns remained the party’s most authoritative voice of opposition.

Cairns prosecuted his argument against the war in parliament, in writings, including the books Living With Asia (1965) and The Eagle and the Lotus (1969), and at countless anti-war gatherings, large and small. After Labor was routed at the ‘khaki’ federal election of November 1966, like the peace movement more broadly, Cairns focussed increasingly on extra-parliamentary activities. This was a period when the Commonwealth Crimes Act and a raft of state laws and local government regulations severely circumscribed the right to protest. Both by deed – for example, he was arrested for defying a Melbourne City by-law forbidding the handing out of leaflets in city streets – and word he defended the legitimacy of the growing civil disobedience campaigns against conscription and the war. Sympathetic to and influenced by New Left radicalism, he nevertheless sought to contain the excesses of student militants who were prepared to spill blood in the name of peace. 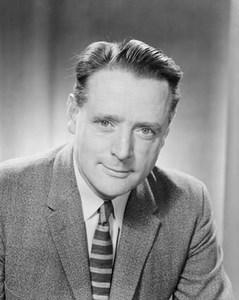