France began its nuclear weapons program in Algeria, conducting four atmospheric tests in the Sahara desert at Reggane (1960–61) and 13 underground tests at In Eker (1961–6).

As Algeria moved to independence, France relocated its nuclear test centre to French Polynesia in the South Pacific. Between 1966 and 1996, France conducted 193 nuclear tests at Moruroa and Fangataufa atolls.[21]

One of the earliest Pacific anti-nuclear protests was in 1950, when Pouvanaa a Oopa – a charismatic Tahitian leader – collected signatures for the Stockholm Peace Appeal. As France prepared to shift its nuclear testing program to the Tuamotu Archipelago in the 1960s, Pouvanaa was falsely charged with arson, deprived of his civil rights and thrown into prison.[22]

On 2 July 1966, the French government exploded a weapon codenamed "Aldebaran" on Moruroa Atoll. Today in Tahiti, a memorial to nuclear test survivors can be found in Place 2 Juillet 1966, a name which commemorates this first test.

Throughout thirty years of French nuclear testing in the Pacific, there were protests in Tahiti and across the region. The Nuclear Free and Independent Pacific (NFIP) movement and Pacific Conference of Churches (PCC) protested: “If it’s safe, test it in Paris.” They supported Maohi activists, led by Oscar Manutahi Temaru, who called for an end to testing and independence for the French territory.[23]

In September 1974, France ended nuclear testing in the atmosphere after 46 tests. However on 5 June 1975, France began underground testing, with 147 more tests in the fragile atolls. From Europe to Australia and Pacific nations, citizens launched protests, demonstrations, trade union bans and boycotts of French products.

In 1991, after widespread international protest, France began a testing moratorium. However in 1995, French President Jacques Chirac resumed nuclear testing, sparking international fury – opinion polls in Australia showed 92 per cent opposition! The last of six tests on 27 January 1996 marked the end of all nuclear testing in the Pacific – but not the end of health and environmental impacts.

For many years, French authorities denied claims of adverse effects from nuclear testing. However, post-testing studies show French Polynesians have high rates of thyroid cancer, radioactive isotopes have leached into the marine environment and serious fractures in the atolls could lead to underwater landslides.[25]

Moruroa e Tatou, which links former test site workers, seeks compensation for Polynesian survivors of France’s nuclear program.[26] The Association of Nuclear Test Veterans (AVEN) also unites French military personnel whose health was affected as they staffed the test sites. France passed the 2009 Morin law to compensate these personnel, but they continue to campaign to strengthen the law and lift “national security” restrictions on archives from the nuclear era. 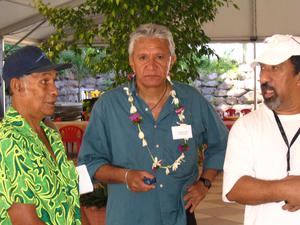 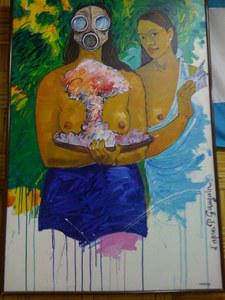 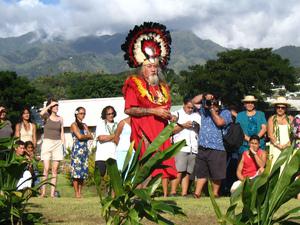