Peace psychologists in Australia were initially mobilised by and focused on the nuclear threat. In 1984 Psychologists for the Prevention of War was established as an interest group of the Australian Psychological Society.  This was a radical step as mainstream psychology emphasised the importance of psychology being a science and the need for psychologists to be objective, rather than advocating for a cause. The interest group worked closely with professional organisations from other disciplines, such as the Medical Association for the Prevention of War.

The pioneers of peace psychology often specialised in other areas of psychology during their working day and advocated for peace, applying their professional knowledge to its promotion, during their leisure time. Of course at a practical level many psychologists worked to modify violent behaviour and prevent violent conflict in their everyday practice, but their theoretical framework tended to focus on modifying the behaviour of individuals rather than changing social systems. Contemporary peace psychology takes a more ecological approach, examining links between individual behaviour and the wider socio-political and economic context in which the individual lives.

Over time the work of peace psychologists has found greater acceptance in both academic and practitioner spheres and while the “jobs vacant” lists rarely advertise openings for “peace” psychologists, some working under different job titles have been able to find spaces to integrate peace psychology into their careers. For example psychologists working in peace-building or with refugees and other disadvantaged communities may identify themselves as peace psychologists. An important change that has occurred has been the shift from a focus on negative peace and being against violence to an appreciation of positive peace, or promoting the conditions in which social constructive relationships thrive. This is reflected in the change of name of the interest group from Psychologists for the Prevention of War to Psychologists for Peace.

Considered within a global context Australia seems comparatively secure, free of violence and peaceful. Without the theoretical distinction between direct and structural violence Australia would seem to be free of violence, when actually its history is steeped in it. The book Peace Psychology in Australia suggests that the “black history” of poor treatment of Indigenous peoples can be shown to linger in the present not only in census statistics that show reduced life expectancy, over-representation in the justice system, lower incomes and so on, but also in the social psychology finding that contemporary Australians are slow to match a picture of an Indigenous face with a symbol of Australia. While it is no longer “politically correct” to make racist remarks the assumption that Australia=White remains at the back of the mind of many Australian citizens and this attitude is one of the factors that has allowed the structural violence to continue. Refugees are similarly disadvantaged by a false belief that their status is illegal and this is then manifest as punitive and unjust systems and policies.

Psychologists for Peace undertakes a range of practical projects to promote peace. These include awarding a prize for peaceful children’s literature, publishing posters that can be used in classrooms, and providing awards for university students who conduct peace research for their fourth year honours project in psychology. Further details of their activities can be found under Psychologists for Peace on the website of the Australian Psychological Society.

Poster produced by Psychologists for Peace 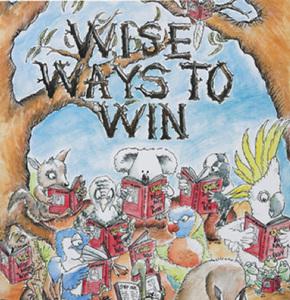 Book produced by Psychologists for Peace 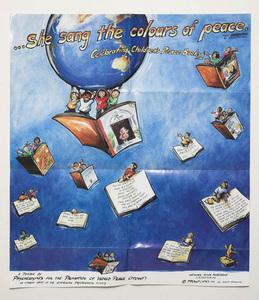 Poster produced by Psychologists for Peace