Part 1: Snapshots: Mark Feinberg and the Turkish view of Gallipoli 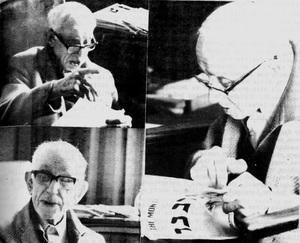 Down the hill in Richmond, in the second half of 1917, two years after Gallipoli, peace activists held a public meeting to oppose the second Australian referendum on military conscription. Mark Feinberg, then in his early thirties, a box maker, Jewish and socialist, son of Russian émigrés who had come to Australia via Palestine, posed the question: What was it for, the terrible loss of life and injury of the Anzacs?

Mark, a supporter of the Industrial Workers of the World (IWW, the Wobblies), gave the following answer: “To satisfy a brutal autocracy that ruled Russia, and on March 1917 was overthrown. … According to the Czarist Russian foreign minister of the day, Saza Savanoff, the Russian price for entering the war was to be given control of Constantinople and the Dardanelles Straits.” Thus, Mark argued publicly at the time that one of the military aims of the invasion of Gallipoli was not defence of Australia but to give the Czar’s regime access to warm-water ports and the Mediterranean. When police came up and questioned him about “prejudicing recruiting”, Mark showed them a cutting from the Age about Savanoff’s remarks and argued his way out of a tight spot.

I.    Turkish view of Gallipoli

A current issue of History Ireland magazine has an article on the Turkish view of Gallipoli, written by Altay Cengizer, a former Turkish ambassador to Ireland. The essence of the Turkish view is that the Gallipoli invasion was, as the author said, aimed at giving Russia control of the Dardanelles. For months before April 1915, Britain had been blockading coal and food supplies to Istanbul or Constantinople. This climate of siege is a background factor to the horrendous Turkish genocide of the Armenians. It can be noted that the Australian Chamber Orchestra included Turkish songs in their Reflections on Gallipoli concert at Hamer Hall in 2016, and that Russell Crowe’s film The Water Diviner humanises the Turks. 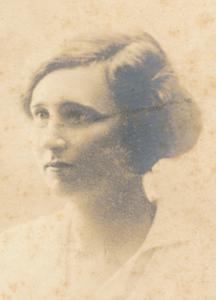 Meanwhile, in Brisbane in 1917, Margaret Thorp, 25, born in Liverpool and since six years in Australia, a passionate member of the Quakers, reflected on the commandment, ‘Thou shalt not kill’ and on the teachings of Jesus about loving one’s enemies. Critical of support for the war given by the mainstream churches, she linked up with Emma Miller, a veteran activist, and started a branch of the Women’s Peace Army, which had been founded earlier by Adela Pankhurst, Vida Goldstein, Cecilia Johns and others. Margaret worked full time opposing militarism and conscription. She set out, as the slogan says, to “Love the warrior but hate the war.” She also set out to counteract the myth of heroics in war: “Personally I have a higher regard for a man who is true to his principles and stays at home”.