Edward William Cole opened his first bookstore in 1873. However the famous Coles’ Book Arcade was his second store, opened in 1883, on Bourke Street in Melbourne. (The site is now occupied by a David Jones store.) The Cole's Book Arcade was extended through to Collins Street in 1896 – the roof he erected over Howey Place during this extension still survives.

The aim of Cole's Book Arcade was to encourage reading and thinking for all people, regardless of class, gender, age or race: the free flow of information. Customers were not pressured to buy, but encouraged to linger and learn. His intent was serious, but his message was often unconventional and less than popular, so his method was to sugar coat with humour.

Customers were also encouraged to remain in the Arcade through attractions other than books. At its height, Cole's Book Arcade included a monkey house, a fernery, a toyland, a confectionery department, as well as an array of mechanical automata.

The Coles Book Arcade survived for a decade after Cole’s death in 1918. At that time a family member bought the business and opened a somewhat smaller shop on Swanston Street, which lasted for another ten years before closing. 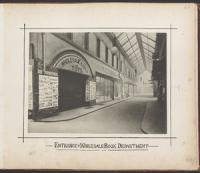 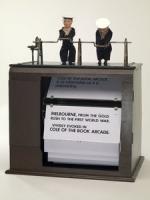