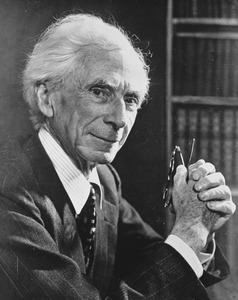 Bertrand Russell was a leading humanist pacifist of the twentieth century. He was imprisoned for his opposition to WW2. He also opposed the involvement of the United States and its allies in the Vietnam War. 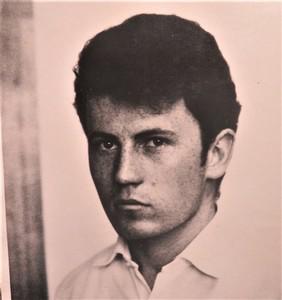 Robert Bender aged 19 years (1964) applied for and was granted, on appeal, full exemption from military service on the grounds of humanist pacifism on 16 September 1968.

The National Service Act (NSA) allowed for exemption from military duties a conscientious objection to serving in the military based on humanist grounds.

Robert Bender is an example of a man whose conscientious belief was grounded in humanism and not, as most conscientious objectors were, in religion. He was from Carlton, Victoria.  On 14 March1968 his application for full exemption was not granted by Stipendiary Magistrate Foley. He lodged an appeal and Judge Hewitt of the County Court Melbourne reluctantly granted him full exemption on September 16 1968. Robert stated that he had a moral objection to all war on the grounds that it involved the deliberate and negligent taking of human life or inflicting of suffering. He acknowledged that killing was justified in some circumstances, for example self-defence. He contrasted this as being spontaneous compared to the premeditated killing of the military. Robert also stated that participation in non-combatant duties was also immoral as he would be part of the same organisation. Judge Hewitt commented that it was unusual for an applicant to argue on non-religious grounds. He further commented that he was usually suspicious of such persons. Although he implied he thought the beliefs held by Robert to be ‘stupid’ he nevertheless accepted they were sincerely held.

On 9 September 1968, Barry John Scurrah’s applied for full exemption from military duties because of his belief that no man had the right to take another man’s life. Stipendiary Magistrate Thompson ruled on 17 October 1968 that Barry be exempt from combatant duties only. He appealed and Judge Gray of the County Court Melbourne rejected his appeal. Barry was now liable for all military duties. A second application for full exemption was made on 26 August 1969. Barry stated that he objected to all military service and that he regarded as immoral for any man to kill another. He added that warfare is killing on a large scale and that he conscientiously objected to both combatant and non-combatant duties. The second application was dismissed by Magistrate Kelly in Melbourne 26 February 1970. Barry appealed again and this was heard by Judge Just of the County Court. The key matter for the Judge was whether Barry had demonstrated a substantial change in his beliefs because Magistrate Kelly had claimed this had not been the case between the appeal heard by Judge Gray and himself. Judge Just was now of the opinion Barry did hold conscientious beliefs that precluded him from undertaking any military duties. He mentioned the appellant was thoroughly tested and this appears to have been the case as the hearing went for five days. The judge granted Barry full exemption from military duties.

Paul George Bastian was an aircraft maintenance engineer from Manly New South Wales. He applied for full exemption from military duties on 7 January 1970. He was twenty-four years of age. Stipendiary Magistrate Burman granted full exemption at Sydney on 7 January 1970. The magistrate made three main points about his decision. First, the applicant had convinced him he was a complete pacifist with creditable witnesses and that he had been brought up in pacifist atmosphere. He noted that Brian’s father, brother and brother-in-law shared the same views. Second, his views were completely impracticable and at times illogical and not fully formulated. The Magistrate recognized that Brian would continue to hold to these views despite the perceived flaws. Third, the magistrate was satisfied his beliefs would not allow him to engage in a combatant and non-combatant role as all aspects of the army are based on violence.