Background to the Conscription Referendums

The First World War was one of the bloodiest wars ever fought, and by far the largest military involvement in which Australia had been engaged to that time. Australia sent 416,809 volunteer troops to the war, 61,524 of whom were killed.[1] Overall the war, lasting from 1914-18, claimed the lives of some 11 million soldiers and 7 million civilians, and left 20 million wounded. The indirect death toll was even greater. The conditions in the troop staging camps were responsible for triggering the deadly 1918 Spanish Flu epidemic that led to 50 to 100 million deaths worldwide during 1918-19. 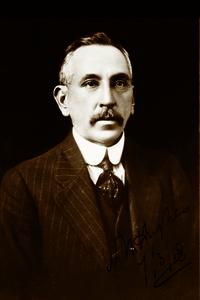 In the later years of the war, as news of the massive casualties at Gallipoli, Fromelles, Messines and Ypres, became known, wartime governments began to find increasing difficulty in enlisting enough volunteers. As a result, they looked towards conscription schemes as a means of supplying enough troops. Britain introduced conscription in early 1916 and New Zealand in the same year. In Australia, the government under Prime Minister William Hughes responded to the downturn in recruiting by seeking a mandate to introduce conscription in successive national referenda in 1918 and 1919.

The move was opposed by a widely-based anti-conscription movement involving women’s groups, pacifists, socialists, trade unionists, Labor Party members, some ALP parliamentarians, and some religious groups and leaders (most notably the Quakers, Rev. Charles Strong, and the Catholic Archbishop of Melbourne, Daniel Mannix). The anti-conscriptionists’ aims included stemming the flow of blood and destruction, preventing the kind of mistreatment that conscientious objectors were subject to in other countries at war, and securing a negotiated end to what was seen as a questionable or unjustifiable war.

Rarely has any government permitted its people a direct say in war-making powers and policies; and equally rarely have anti-war forces been able to make their voices heard and prevail in a popular vote at a time when all the forces of the state, government, mainstream media, legal sanctions, and war censorship, have been arrayed and deployed against them.

While not needing a constitutional-change referendum to introduce conscription for the war, since the Constitution and the previous Defence Act of 1903 already permitted the introduction of conscription, Prime Minister Hughes, then leader of the Labor Government (after Andrew Fisher’s resignation in October 1915) was forced to conduct a plebiscite since anti-conscriptionist Labor senators commanded a majority in the Senate and would have blocked any move to simply proclaim a conscription scheme.[2]